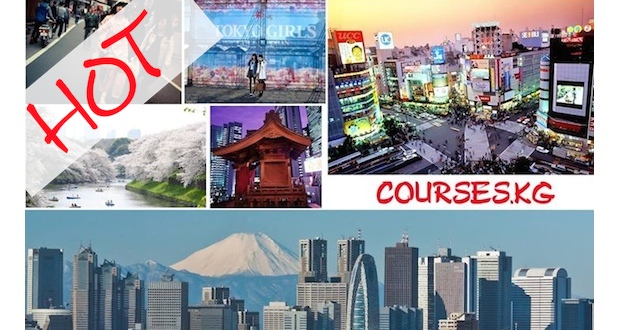 The Ministry of Education, Culture, Sports, Science and Technology (MEXT) offers scholarships to foreign students to study for a period of one year at designated Japanese universities in order to deepen their understanding of the Japanese language, Japanese affairs and Japanese culture. Regulations for the 2017 MEXT Scholarship Program are as follows:

MEXT accepts applications from international students for study in Japan. Our aim is to foster human resources who will become bridges of friendship between your country and Japan through study in Japan and who will contribute to the development of both countries and the wider world.
(1) Nationality: Applicants must have the nationality of a country that has diplomatic relations with Japan. An applicant who has Japanese nationality at the time of application is not eligible. However, persons with dual nationality who hold Japanese nationality and whose place of residence at the time of application is outside of Japan are eligible to apply as long as they give up their Japanese nationality and choose the nationality of the foreign country by the date of their arrival in Japan. Applicant screening will be conducted at the Japanese Embassy or Consulate (hereinafter referred to “Japanese diplomatic mission”) in the country of applicant’s nationality.
(2) Age: Applicants, in principle, must be born between April 2, 1987 and April 1, 1999.
(3) Academic Background: Applicants must satisfy the following two conditions.

① Applicants must be undergraduates at foreign (non-Japanese) universities majoring in fields related to the Japanese language or Japanese culture at the time of arriving in and leaving Japan.

Those who are majoring in fields of study other than Japanese language and culture (such as engineering, economics, agricultural science, architecture, and art) and pursuing complementary studies in Japanese language and culture should apply for other scholarships, such as Student Exchange Support Program (Scholarship for Short-term Study in Japan) offered by the Japan Student Services Organization (JASSO) since they are ineligible.

(4) Japanese Language Ability: Applicants must have Japanese language ability sufficient for receiving education at a Japanese university in Japan.

(5) Health: Applicants must be judged that they are medically adequate to pursue study in Japan by an examining physician on a prescribed certificate of health.

(7) Visa acquisition: Applicants should, in principle, acquire “Student” visas before entering Japan and enter Japan with “Student” residence status. The visas should be issued at the Japanese diplomatic missions located in the country of applicants’ nationality. Those who change their visa status to one other than “Student” after arrival in Japan will lose their qualification to be Japanese Government Scholarship recipients from the date when their visa status changes.

(8) Applicants must return to their home country and continue to study at their home institution immediately after the end of the scholarship period. In addition, while the applicant is studying in Japan, he/she shall contribute to mutual understanding between Japan and the home country by participating in activities at schools and communities with the aim of contributing to the internationalization of Japan. The applicant shall make efforts to promote relations between the home country and Japan by maintaining close relations with the university attended after graduation, cooperating with its conducting of surveys and questionnaires after the return home, and cooperating with all relevant projects and events conducted by Japanese diplomatic missions in the applicant’s home country.

① Those who are military personnel or military civilian employees at the time of their arrival in Japan;
② Those who have received a Japanese Government Scholarship (MEXT scholarship) in the past;
③ Those who currently make a double application for other MEXT scholarship program such as Research Students, Undergraduate Students or Specialized Training College Students;
④ Those who are currently enrolled at a Japanese university with “Student” residence status; those enrolled, or scheduled to be enrolled, at a Japanese university as a privately financed international student during the period when the scholarship application was filed in the home country until prior to the start of the provision of the scholarship; However, even if the applicant is currently a privately financed international student studying in Japan, this restriction does not apply to an applicant who will certainly finish the current course before the start of the designated course at the Japanese university and will return to the home country;
⑤ Recipients of scholarships from institutions other than MEXT (including government institutions in their home countries) that overlapping with the Japanese Government Scholarship after arrival in Japan.;
⑥ Holders of dual nationality at the time of application who cannot verify that they give up Japanese nationality by the time of the arrival in Japan.

2．PLACEMENT, AND SPECIALIZED STUDY IN JAPANESE LANGUAGE AND JAPANESE CULTURE AT UNIVERSITIES

The term is the period necessary to complete the admitting university’s study course, which should be approximately one year from October 2017 (the starting month of the course). Extension of the term is prohibited.